From 26th June to 12th September Hauser & Wirth Somerset presented an exhibition of the late pioneering artist Gustav Metzger. For the exhibition Aloys presented a series of tours and facilitated events such as Dialogues In Action a series of talks where guest speakers were invited to lead informal discussions around the themes present within Metzger's work and lifelong activism.
In addition Aloys produced educational materials for the show such as Teachers' Notes. Scroll down to learn more about the exhibition. 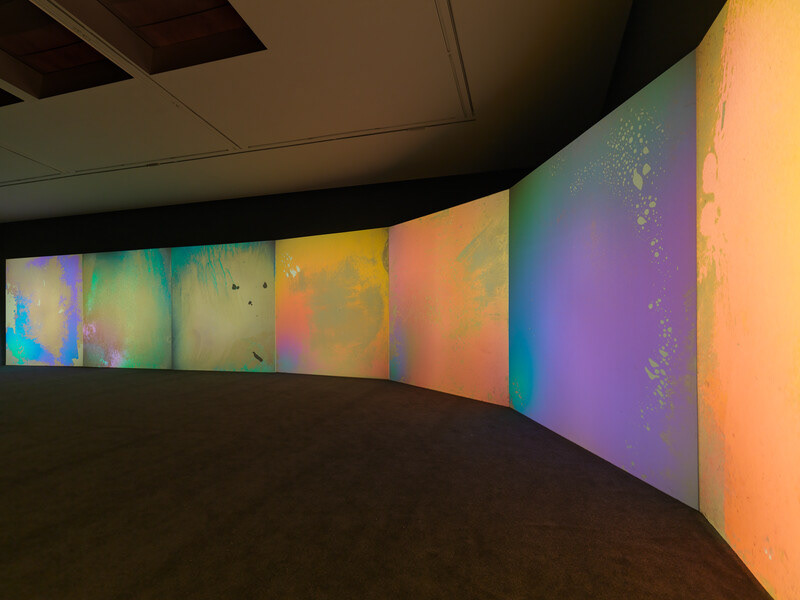 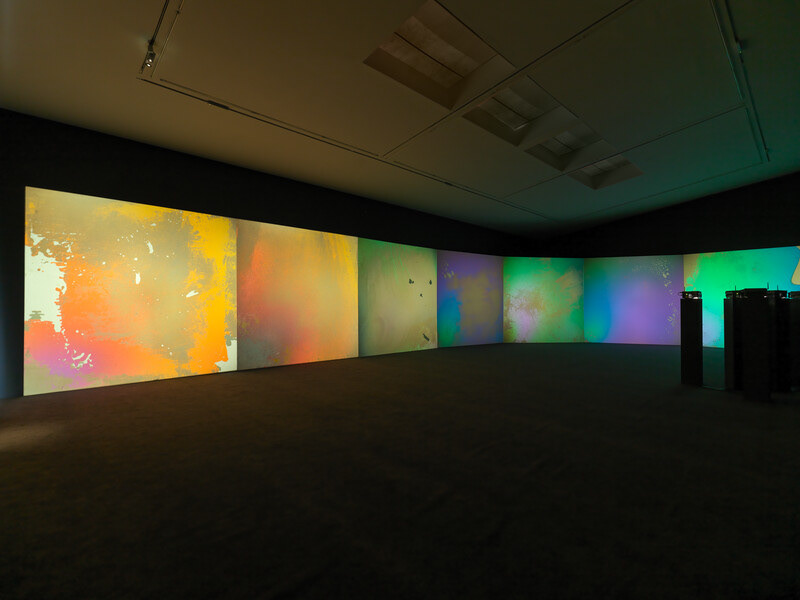 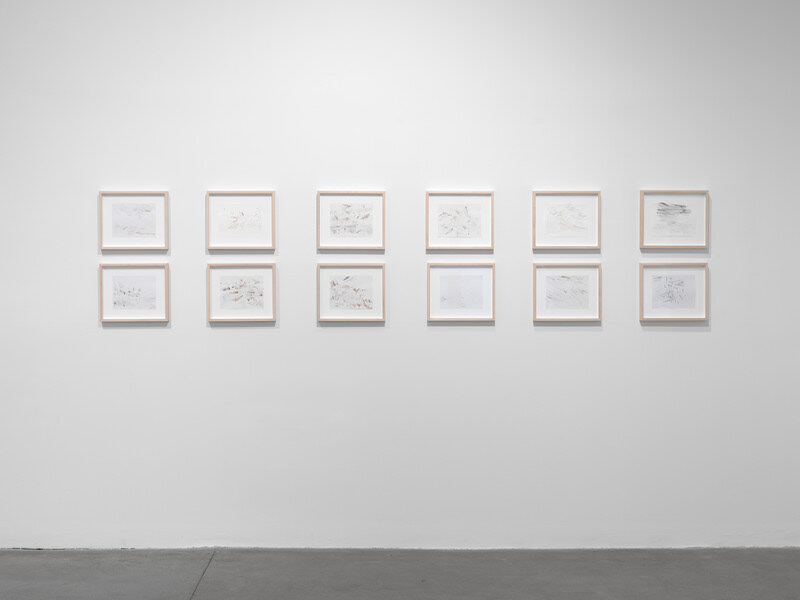 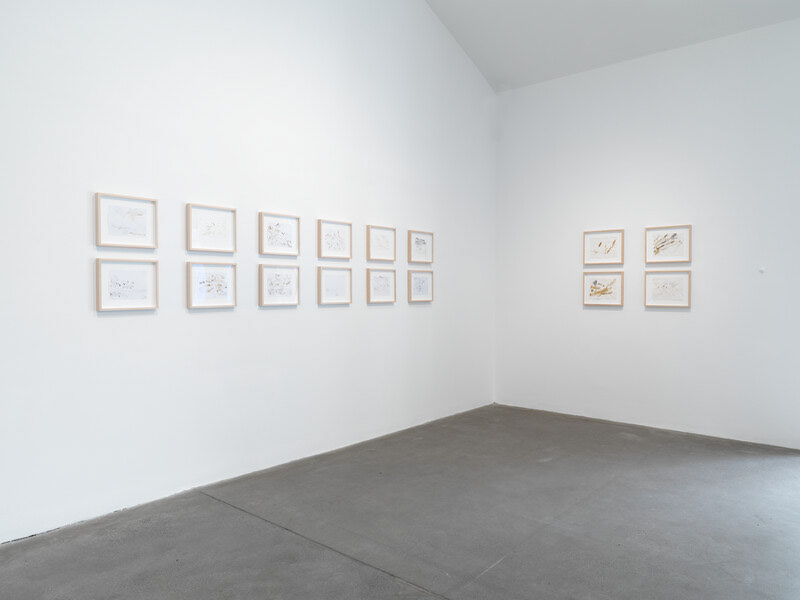 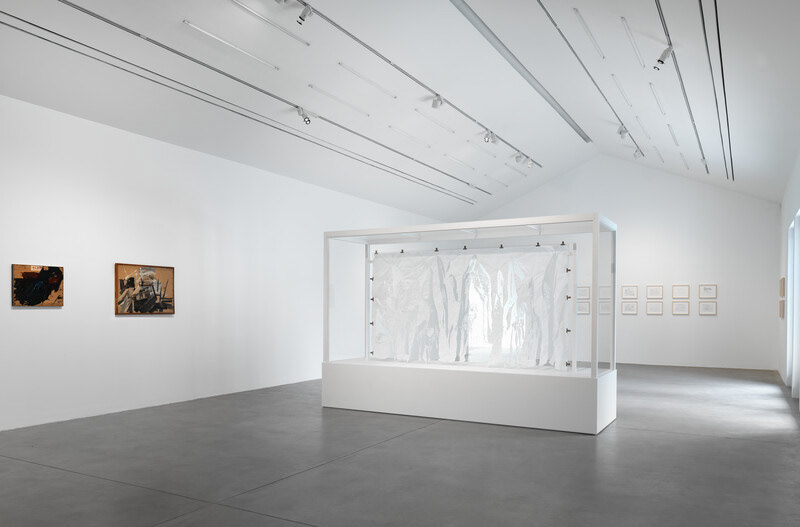 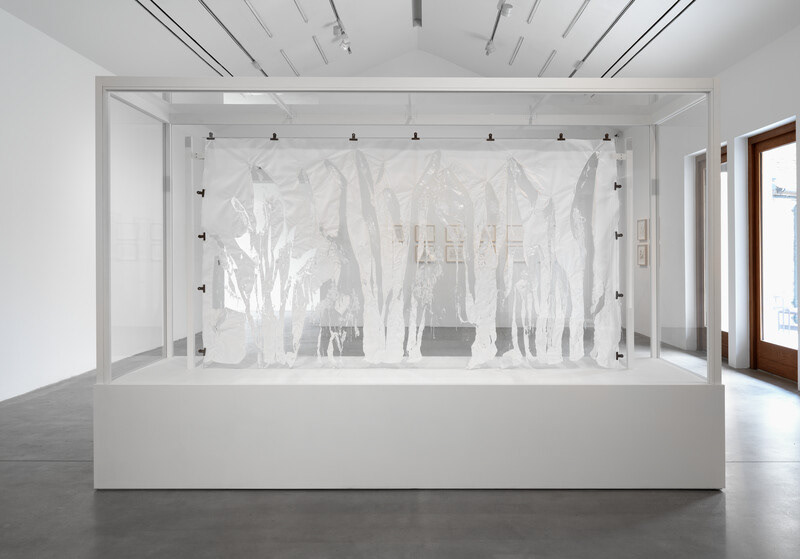 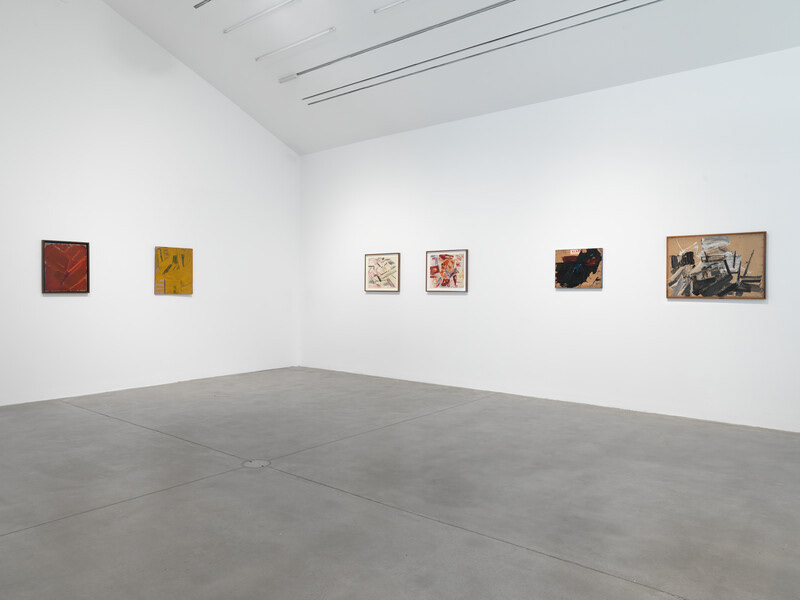 ‘Gustav Metzger remains a moral compass, a constant reminder that integrity comes at a price, and that fighting for your convictions can indeed change the world. Metzger has done more than raise awareness. His art and philosophy are a stark testimony to the alternative world for which he strove.’ – Mathieu Copeland
Gustav Metzger (1926-2017) radically challenged our understanding of art, its relation to reality and our existence within society. His uncompromising commitment to combat environmental destruction was fundamental to his questioning of the role of the artist and the act of artmaking as a vehicle for change. Hauser & Wirth’s inaugural exhibition of Metzger’s work in Somerset provided a focused look at works exploring the intersection between human intervention, nature and man-made environments, ideas the artist continued to interrogate over a six decade career.
At the heart of Metzger’s practice was a passionate engagement with the notion of creation as a continual counterpoint to themes of destruction. A central feature of the exhibition in the Rhoades Gallery will be ‘Liquid Crystal Environment’ (1965/2021), one of the best-known examples of Metzger’s lean towards Auto-Creative Art from the 1960s onwards. The immersive environment utilises heat-sensitive liquid crystals between glass slides, creating colours and patterns that are projected into the space. The evolving artwork is in a state of constant flux, bringing together Metzger’s interest in both kinetic art and the relationship between science, art and nature.
‘Liquid Crystal Environment’ combines Metzger’s fascination with scientific discovery and the experience of pleasure and enriching stimulus through art. When discussing the work with Emma Ridgway of Modern Art Oxford in 2016, he commented: ‘We are desperately in need of warmth as a fundamental element in human interactions. With Liquid Crystal it is physically based on warmth, it is based on the transformation of one level of warmth to another. This dialectic is central to the experience.’ It was the idea of inner renewal and sensory phenomena that led to greater cultural fame in 1966, when the work was installed at the Roundhouse, London for performances by The Who, Cream and The Move.
Works in the Bourgeois Gallery spanned three important series from the 1950s until 2006, including: early paintings and drawings (circa 1950s), Acid Nylon painting (1960/2004) that is a key example of Metzger’s Auto-Destructive work, and later works on paper which he called ‘portraits of landscapes’, depicting the nature he saw around him (2003-2006). Each series of works closely linked to the artist’s fast, gestural mark-making as a means to document his lifelong connection with nature and the environment, relentlessly tackling the reality and politics of his time.
Several of Metzger’s early paintings and drawings were made on found, readymade materials such as cardboard packaging, magazine and newspaper pages. The furious, jagged marks appear as if he was attacking the canvas with a physicality that reoccurs later in his acid paintings of the 1960s. Even with traditional painting materials, Metzger was exploring the act of destruction in art, reducing representational forms to a purely emotional response that is completely alive to the world. His tutor, David Bomberg proved to be a formative influence, not only in regard to artistic practice but also the ways in which he held art as an embodiment of social force. Following Metzger’s Auto-Destructive Art manifesto in 1959, he was able to realise his vision of transient art that leaves no material behind. By painting with acid on nylon he was able to embody the intensities of feeling and movement, violence and vulnerability in tune with his anti-capitalist position, distrust in political structures and increasing concern for natural ecosystems.​​​​​​​
↑Back to Top